This week was so hard. Physically, mentally, emotionally. So many times I wanted to give up, give in, QUIT. 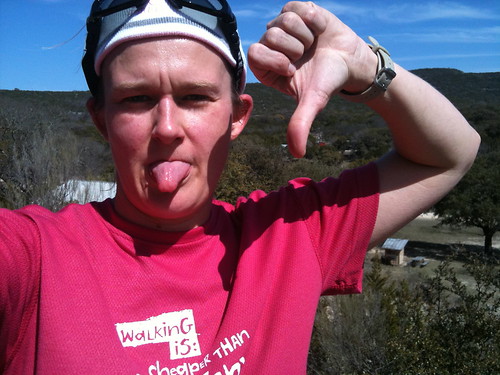 On Monday, I got a little crazy and decided to Shred with the Sisterhood. As in Jillian Michael’s 30 Day Shred. Yeah, um NO. Not a good idea. I had my first 5 mile run the day before, and clearly I shouldn’t have done something so intense the very next day. I pretty much couldn’t walk for 2 days after that.

Tuesday, I rested. Obviously. When I say rested, I mean that I tried not to move at all because when I moved, everything hurt. Even my toes. For me, Shredding and training for a 1/2 marathon do not mix. Then end.

On Wednesday, I hit the gym. I decided to hit the treadmill for my 3.5 mile tempo run in lieu of weight training, because HELLO, my arms still felt like they were going to fall off my body. The tempo run felt good.

Thursday was supposed to be an easy 30 minute run, but the wind had a different plan. It was without a doubt the hardest run ever. I was pushing Mia in the jogging stroller, and there were times when I was sure I was moving backwards instead of forwards. I had to stop and walk so many times because I felt like I couldn’t go on. In the end, I pushed myself and finished 2.91 miles.

Looking at these shots from my run (which I could take because I had to stop and walk so much), you would never know how hard it was. I was constantly lagging behind, and Molly would stop and look back to make sure I was still coming. 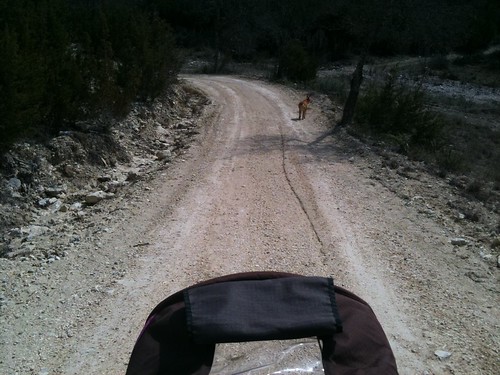 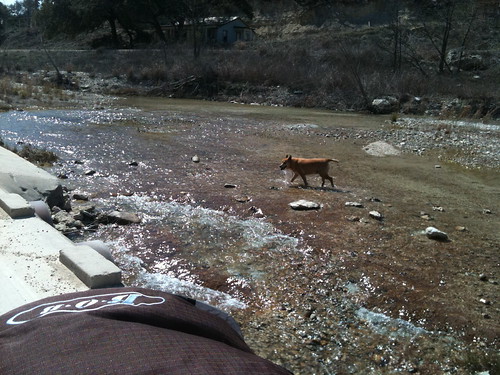 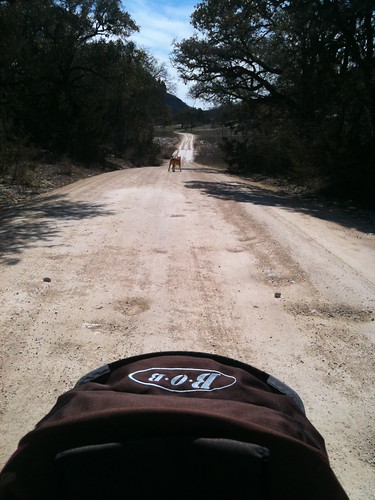 Friday I rested in preparation for my 2nd 5 mile run on Saturday. I really enjoyed my rest days this week. So much.

Saturday was my long run day. It was misty and overcast, but thankfully not windy. I decided to take a new route, and run 2.5 miles away from my house and then turn around and come back. This new route was full of big hills. Mean hills. Hard hills. Hills that I’ve been afraid of running, which is why I’ve never gone this route. For some reason, I just felt like pushing through the fear and seeing if I could really do it. I needed to do it, I needed to feel victorious one damn day this week. And I did. It was the most amazing run ever. I took each of those hills on with all the strength I could muster, and you know what? They weren’t nearly as hard as I thought they would be. Those hills didn’t own me, I owned them. I owned that run. All 5 miles. When I got to the end of the run, I truly felt like I could keep going forever, and I really wanted to. I had to make myself stop running!

I’m so glad that this week ended on such a wonderful note. It gives me hope for the weeks to come. Hope that I can do this. That I’ll be able to run all the miles and make it to San Diego with all of my Sisters (and our lone man on the team). Now if I could just finish that fundraising.