Today’s weigh-in day, and on the weigh-in side of things, I have nothing new to report.  I’m holding steady at 147, which is not great, but not bad either.

It’s been cold and rainy and windy and I don’t get off from work until dusk, so I haven’t been running outside.

My company provides us with a tiny little gym. I used to go all the time.  Then, January of 2008 happened.  Does everyone know what happens every January?  EVERYONE makes a resolution to lose weight.  Don’t get me wrong, I think that’s great (I just wish people would STICK WITH IT), but being the creature who needs her schedule just so every day, having to wait for 45 mins for a machine just made me angry.  So, I turned to work out DVDs, and that got the job done.

But now, because someone thought it would be a good idea to force me challenge me to start running, I’m back in the gym.  And I’m on the stupid wonderful treadmill.  Okay, no.  I can’t lie there.  I hate the treadmill, that first mile freaking sucks my ass. (And don’t you pretend like that first mile doesn’t, cause it does.  So there.)  The second mile is okay.  By that time my brain has given up hope that I’m going to stop so that when I reach the third mile, I just go.  But once I hit that mile 3 mark, my brain flat out refuses to do more.  (I have news for my brain, we’re running four miles next week.  Don’t tell it, mkay?  Let’s surprise it.)

She and I were chatting today and I told her about my 5K time yesterday. (Hey, did you hear? I beat my last time by 15 seconds!)  And she asked me if I was running the 5K race Roanoke is having on Saturday.  I had thought about it, but Saturday is SO busy for me that I just wasn’t sure that I could work it in.  Then she says:

Does that not sound like something I would say?!  Seriously.  How can I not love it?

So, on Saturday, I’m going to be running the Jingle Bell Run to benefit the Arthritis Foundation.  Anyone else want to join me?!  Do I have to dare you?

I’m sitting in Christy‘s living room (I love being able to say that!) looking at the amazing view, and just a mere 5 feet away, Christy is on her laptop.  I did I mention that she has an AMAZING VIEW from her living room?  I’m so jealous.

And we are both SORE.  (Christy more so than me probably!)

Because, this has been no ordinary visit.  Oh no.

On Wednesday we went hiking at Lost Maples State Natural Area.  We hiked about 5.5 miles and 1.5 miles of that was basically rock climbing.  I’m not joking.  And here’s the kicker…are you ready for it?  Christy carried Mia in a pack on her back!  Seriously.  She’s my hero for that.  And just as a note, we did all of that in 4 hours!! (Maybe a little less!)

Yesterday, we ran.  (Because we have that thing called a 5K coming up this weekend.  You’re running with us, aren’t you?!)  We ran and walked about 3.7 miles in around 42 minutes.

How’s that for exercise while on vacation?!

I’m so freaking proud of us, I could smack Christy. ;oP

Here are some shots from our hike!  (Not the rock climbing parts though, we were just focused on making it up the mountain!) 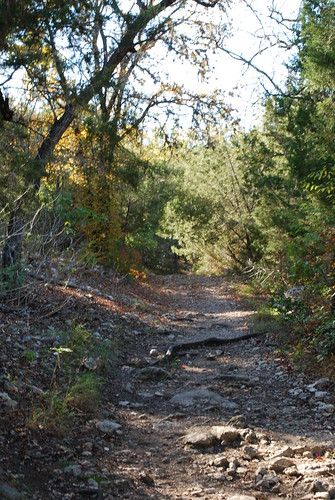 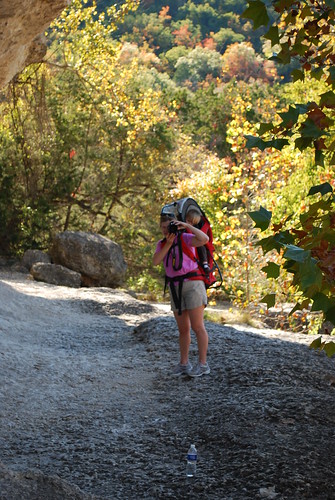 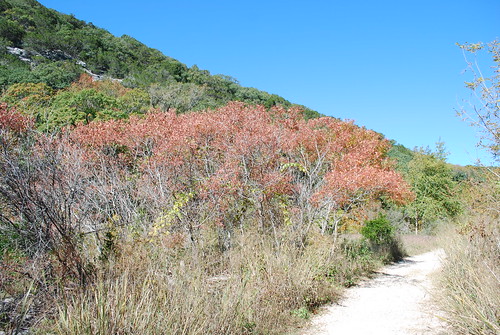 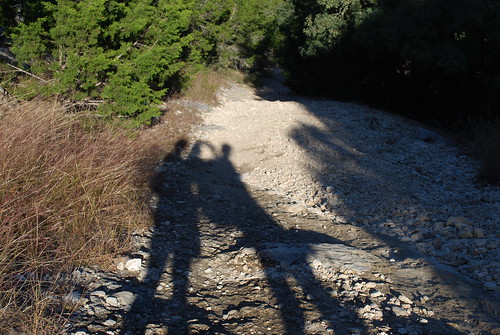