It may seem that sisterhood is just a buzzword, but in our experience, it is true people, emotions and positive values that stand behind it. Girls today are joining forces in solidarity to oppose double standards, slutshaming, sexual violence. They are fighting for their rights on both private and political grounds. And freedom to choose and avoid judging each other seem to be the most important determinants of sisterly cooperation.

# Sisterhood
Sisterhood is an invisible bond, a sense of being in a circle. Supporting each other on a daily basis, but also solidarity, working together on bigger issues, fighting for equality. A great example of such sisterhood for us was the black protest, but also many smaller actions. We ourselves strive to act in the spirit of sisterhood, creating a feminist-erotic magazine that is open to the needs of readers, as well as their creativity.

# Sex positivity
In the magazine we deal largely with the topic of sexuality and we see that women from the circle around us are becoming more open about this issue. They read, talk, take part in workshops-they develop in the sexual field. They’re tired of taboo subjects, of listening to what’s right and wrong. They speak freely about sexuality in general, as well as exchange their own experiences. Both positive and negative.

In general, there is a sexism among them and the belief that each person has individual preferences and they can not be judged by their own measure – what for one of us will be exciting, for the other may be impossible to pass. Girls also get to know their bodies better, masturbate and discover what gives them the greatest pleasure. Following this path, they demand equal treatment in the bedroom and want their needs to be heard-while understanding that they will not always be met. They ask for consent to sex, take care of sexual health and take sex partners or sex partners for testing for sexually transmitted diseases.

Working together, we have power!

It would seem that these are trends that take place only in our environmental bubble. However, it turns out – to our delight-that Poles, regardless of their place of residence, especially the younger ones, are becoming more and more emancipated, liberal, and, consequently, also sexually liberated.

First of all, 85% of us are of the opinion that a woman should be an equal partner of a man, and independence is key for us, regardless of whether we are single or in some form of relationship. We no longer value not only women, but people in general, in terms of who sleeps with whom and how much. And we’re tired of being judged on that score. No wonder, then, that we become active at times when the rulers are trying to tighten the rules on abortion, thereby limiting our rights to decide about ourselves and our body, about our fertility.

At the same time, we think not only about ourselves, but also about future generations of women or those who are in a worse economic situation, who cannot afford to use the terminations of pregnancy outside Poland or go privately for a prescription for emergency contraception. It was this black protest that was such a breakthrough moment, when we clearly understood that we have a lot of power, acting together, and that we need to be vigilant, socially and politically active if we want a better future, true equality, and above all the preservation of existing rights.

Then there was # metoo, which had an international context. We started talking out loud about the sexual violence that was affecting us. The girls shared and still share stories of various types of abuse. They often reveal very difficult things for them, triggering painful memories, and all in order to finally change something, so that other girls feel that they are not alone, if they had the same, and above all, so that there are fewer and fewer victims of rape, harassment, fewer sexual hooks that make our daily lives difficult. 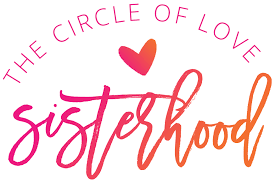 So that the perpetrators of crimes no longer go unpunished, and the victims are not curiously blamed for what happened to them. When an 18-year-old rape victim was tried in Ireland last year, suggesting that her lace underwear indicated a desire to have sex, girls (though men too) around the world, in a gesture of solidarity and outrage at this turn of events, shared on social media photos of themselves in their underwear with the slogans that it was not the dress that caused the rape, but the rapist.