I’m not much of a cook, however, I believe in strengthening and healing the body through healthy food choices. And that includes spices. There are countless spices, powders and roots that are believed to have medicinal properties. One that stands out to me above all others, though, is turmeric.

All of the research I’ve done of this bright yellow food source indicates that it is packed with properties beneficial to the body and overall health. Thousands of documented studies have been conducted testing the components of turmeric and it’s effects on the body both internally and externally. It has been noted to be a powerful anti-inflammatory, a potential cancer fighter, a source for antioxidants, good for skin health and can fight Alzheimer’s. Of course, it may affect everyone a little bit differently. One of the research websites I stumbled across was www.myhealthylivingcoach.com. The infographic pictured below, as well as in-depth information, is from that website and details the potential health benefits of turmeric.

I personally add turmeric powder to a mug of warm water every morning.

You can find the direct link to the site here.

Here’s a Recap
Turmeric is a popular spice for cooking, but it has a long history of medicinal uses, too. It is one of the most researched natural remedies available and there are numerous studies validating its healing properties. Turmeric provides a wide variety of benefits, but there are seven standouts. Once you know about these seven benefits you’ll be eager to add the spice to your diet. 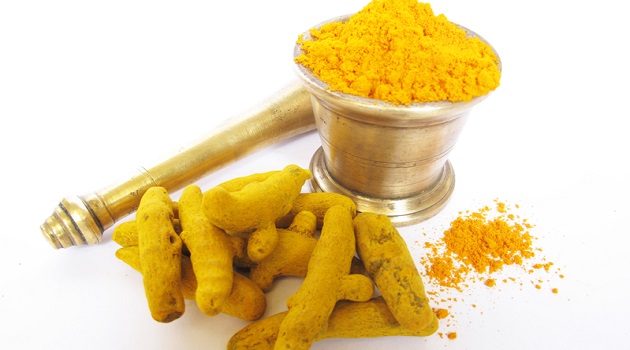 The active ingredient in turmeric is curcumin, which is known as a powerful antioxidant. This means it targets dangerous free radicals in the body and reduces the damage they are able to cause DNA and cells. When cells are healthy the body is healthy, which means turmeric offers general wellness benefits, as well as targeting specific health problems.

Curcumin also has anti-inflammatory qualities. This makes it effective for fighting heart disease, osteoarthritis pain, and other health problems related to inflammation (researchers believe there are many links between inflammation and chronic illness). Curcumin is believed to reduce certain enzymes in the body known to trigger inflammation.

Turmeric reduces the risk of blood clots and prevents the build up of plaque in the arteries, which helps in the battle against stroke and other clot-related problems. There are also studies showing turmeric is beneficial for reducing bad cholesterol and improving good cholesterol, both of which play a role in a person’s heart health.

Slows the Progression of Alzheimer’s

Researchers studying the effects of curcumin in relation to Alzheimer’s cite the health of those living in regions that consume turmeric in high quantities. People in India aged 70 and older have a much lower rate of Alzheimer’s disease than those in the same age group in the United States. Many believe this difference is due to the high intake of Indian curries, which are made with turmeric. Further research points to turmeric’s ability to remove amyloyd plaque buildup in the brain, which is believed to put people at risk for developing the Alzheimer’s.

An article in the July 2009 issue of Time magazine points to a study conducted at the University of Arizona. Researchers found rodents injected with a material known to cause joint pain suffered less when the injections were paired with curcumin. The article also cites anecdotal evidence singing the praises of turmeric for fighting a variety of pain that would otherwise be treated with over-the-counter pain medication.

Turmeric’s anti-inflammatory benefits can be beneficial when applied topically, too. It is considered an effective treatment for psoriasis and other skin disorders, and it is a natural antiseptic and can be used to treat burns and cuts.

The jury is still out on just how effective turmeric is for fighting cancer. Some health experts point to its anti-inflammatory benefits and draw conclusions based on the link between inflammation and the development of cancer. Free radicals and cell damage are believed to be linked to cancer, too, so if turmeric is able to work as an antioxidant it has a secondary anti-cancer effect.

According to well-known holistic health practitioner, Dr. Andrew Weil, turmeric reduces the carcinogenic compound that form when meat is fried, grilled, or boiled by up to 40%. Dr. Weil also believes turmeric is effective for fighting melanoma and in halting the spread of breast cancer.

There are also preliminary studies showing turmeric could be beneficial for preventing breast, prostate, skin, and colon cancer. Since turmeric is safe and offers a variety of general heath benefits, you have nothing to lose by adding it to your diet in moderate amounts. If you plan to use concentrated doses of curcumin in your cancer treatment plan, be sure you inform your doctors to prevent any interference with other components of your treatment.