We’ve all seen those great, funny, or motivational signs while running races.  You know the ones: “Go, random stranger, Go!”, “Run like your phone is at 1%”, or my personal favorite “Smile if you aren’t wearing any underwear!”  The cheering from the crowds, the volunteers, the race-day environment.  All of this helps keep a runner going even when it isn’t their day.

But what about when you or someone you are with is struggling on a regular group run? What do you say to them to keep them going?  What should you NOT say?

Unfortunately, I was that struggling runner a couple weeks ago.  I’m trying to build my miles up as quickly as I can to be at least finish-able for a mid-February half marathon.  I decided to join a group run for my weekend long run instead of my usual solo effort.  The mileage matched my training plan and I thought I might see some people I knew.  What I should have anticipated was the hilly route the group would take.  I’ve run with this crowd long enough to know their favorite  routes.

I saw one of my friends before the run but she’s a little faster than me so I didn’t try to stay with her.  Maybe I should have because about 2 miles into the run we hit the hills.  Now, these really aren’t big hills by many of your standards, but I’ve been doing the majority of my runs on either the treadmill or a very flat, paved trail near my house.  The rollers kicked my butt.  I bought myself a first class ticket on the struggle bus and I had no buddies to keep me moving. 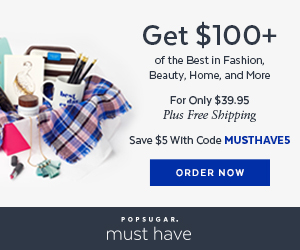 So back to that question – what should you do when you come upon a struggling runner?  I really don’t have the answer for this.  What most people would do – tell the runner “good job” as they passed had the opposite reaction for me.  I did NOT feel like I was doing a good job and having runner after runner tell me “good job” as they blew by me was defeating.  I’m really having a hard time accepting the new normal (ie – slower, sucking wind, mentally broken) runner that I’ve become.  I said “thanks” but did not feel thankful at all.  Did I have the wrong reaction?  Should I considered it a good job to just be out there?  Probably. But in the moment that did not work for me.

Because I reacted so negatively to this seemingly positive and encouraging comment, I took to our Facebook pages and groups to see what would help YOU if you were that struggling runner.

Is there anything you would add to these lists?  What would help you if you were struggling to keep up on a group run?